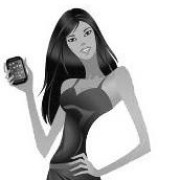 I'm just an ordinary 20-something, trying to connect and help other Gen Yers in this crazy decade. Oh, I'm on a lifelong mission to save the world from bad selfies one day at a time.

I recognize it’s a bit ironic that I am going to tackle a blog post on healthy and happy relationships because I have had more bad dates and relationship failures than I would like to admit. I also know there are very few great, solid articles on building healthy relationships out there.

Most articles and posts either come from the “watch sunsets and cuddle” variety or like they appear straight out of Cosmo with 12 kinky sex positions you have to try to impress your man. If you try the second option, it may or may not land you a featured segment on TLC’s new show, “Sex Sent me to the ER.”

*Unrelated, TLC needs a rebrand badly. With shows like Sex Sent Me To The ER, My Strange Addiction, Sister Wives and Breaking Amish (or whatever sequel they are on now), it’s no longer “The Learning Channel.”

Rant aside, you then enter a third area of articles and posts that sound like they came straight out of a romantic comedy or a Disney movie. I’m a big fan of You’ve Got Mail, Aladdin and The Little Mermaid, but that’s just not how relationships work. For starters, I am not a mermaid and woefully admit to not having a magic carpet. Long, healthy relationships don’t just auto-magically happen and flourish. It takes a lot of work (and quite frankly) a lot of screw-ups before you find “the one.” That’s just the first step. From there, you need to constantly work at it.

Some of the best advice I’ve seen came from this recent post from Mark Manson. If you haven’t read his stuff yet, please sign up for his blog now. It’s f***ing  brilliant.

While I can go on and on for days around this article that Mark posted, I wanted to focus on the one issue that isn’t talked about as much (and one that I personally struggle with from time to time.) It’s commitment and/or trust issues.

Commitment issues can come in all forms. This can manifest in many ways. Like the guy who has cheated on every girl he has ever been with or the girl who goes on a million first dates but is terrified of taking the next step. In my case, I’ve definitely dealt with my fair share of the second option. It can be terrifying to let your guard down and fail head over heels in love with another person. Particularly if you have had your heart broken a time or ten before. Either by guys, and maybe even a close friend or family member.

While the first option gets discussed (and dare I say stigmatized? Think, the Maury Show paternity test episodes?) time and time again on just about every psychology and/or dating blog, the second rarely gets discussed. It’s largely the invisible, unseen problem that no one brings up.

Personally, I think it’s because it is more subtle. It’s something that most people try and hide from others. It makes sense why would anyone willing put themselves in a very vulnerable state. Especially since most commitment phobias stem from a personal trauma. Either from a really bad break-up or a traumatic falling out with a friend or family member. Most of us eventually find ways to cope (hopefully healthy ways!). So why unlock that emotional baggage once again if you don’t absolutely have to. The result is an astoundingly small amount of credible stuff on this area around the Interwebz.

When you do find stuff around commitment issues, you see vague posts that can be summed up in 1-2 short paragraphs and instead are stretched out to a myriad of bullet points. Or, something that vaguely resembles a Buzzfeed quiz.

While it’s not like bipolar disorder or depression (although I’m sure commitment issues can lead to it), it’s a mental health issue nonetheless. As humans, we thrive on companionship and the need to feel wanted. Ignoring and/or leaving that need unfulfilled is going to damage your spirit and psyche.

A staggering number of people in the US, upwards of 20% have been diagnosed with a mental illness and even larger number are living undiagnosed.

As Amber Naslund, one of my all-time favorite bloggers puts it best, “Depression, anxiety, bipolar disorder, schizophrenia, dozens of other mental illnesses. They’re terribly stigmatized. Which means that people don’t talk about it, don’t ask for help, don’t get treatment. Because they’re afraid. Afraid of being judged.” This came from Amber’s TedX talk, which is definitely worth watching, as it’s nothing short of inspiring and empowering.

Commitment phobia – while definitely not as serious as mental illnesses like depression, bipolar disorder, and a whole hosts of others- shouldn’t be ignored or written off. It is still something that can eat up and affect your mental health.  It is something that you need to acknowledge and work through. And, let’s face it. It’s stigmatized (in all the ways that I previously discussed). Most of us can’t go to a friend and say, “I think I have a problem. I’m terrified of commitment,” for fear of being ostracized or judged. I mean it’s terrifying to put this out there, as I’m having second thoughts on even writing this post.

The only way to overcome and learn to work through it (because I do think you can learn how to do this) is get help. Find one friend to talk to, a family member, seek out a therapist (it’s not as expensive as you would think and most insurances cover it), reach out to a blogger, who has blogged about this before, or start your own blog. Just do something. Whatever you end up doing, just don’t keep internalizing it. That’s the real danger.

If you find yourself relating in any way to this post or just feeling stuck (not sure where to turn to), please don’t hesitate to leave a comment on this post or email me directly here. I will respond. 🙂

Get updates delivered straight to your inbox!